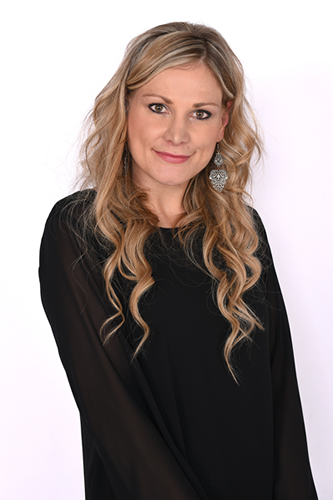 Exposure therapy is a type of cognitive behavioural therapy supported by a large body of evidence as being an effective and powerful method to overcome anxiety. It improves quality of life by enabling a person to confront a fear and therefore cease avoiding something they feel a sense of dread about. An example here of would be a person that is terrified of dying in a plane crash. By avoiding all air travel, they successfully avoid the dreaded event but significantly decrease their quality of life. As such avoidance is utilised with the intention of controlling fear it is a defence mechanism that clients struggle to let go of as letting it go is often experienced as terrifying. Successful use of exposure therapy requires a great deal of commitment and investment from a client and sometimes it necessitates lengthier sessions too. Should the necessary commitment be present enabling a person to brave something that scares them it would then be possible to change unwanted learned responses into desired outcomes. Exposure therapy has been found hugely effective for conditions such as obsessive-compulsive disorder, post-traumatic stress disorder, specific phobias and most presentations of anxiety provoking intrusive thoughts.

The success of exposure therapy is greatly enhanced if a threefold approach is used. When inexperienced practitioners use only one or two of theses it often does not bring about equally satisfactory results.

Sometimes, if considered beneficial some pharmacological intervention is also prescribed.

When confronted with something a person fears it elicits a state of physical arousal akin to being in real danger. This is often experienced as being frightening and one’s physical response may actually escalate due to the additional fear created by the physical distress.

Symptoms can include heart palpitations, dizziness, tingling or numbness of hands and feet, perspiration, shortness of breath and a feeling of impending doom. Through the use of relaxation techniques, a person can enhance their ability to bring their physical arousal levels down. Physical arousal levels will automatically decrease with continues exposure, but relaxation techniques can assist in achieving this result faster and is a helpful skill which can be transferred to the effective mastery of other situations as well. Should a person phobic of dogs be locked in a room with one their initial reaction will be an immediate flooding in terms of physical response. It this person is left in the room with the dog for hours and nothing distressing happens during this time they will no longer have any discernible physiological response left as one’s initial acute elevation cannot be maintained indefinitely. The initial distressing physical response can potentially be reduced faster through the use of relaxation techniques. The success of the above approach will also come about due to the cognitive shift from “I am in danger” to “nothing is happening, I am not in danger”. The above example is a method of exposure called flooding. Flooding should be used with great caution as it can discourage clients from being willing to engage in the therapeutic process as flooding is often perceived as a lot more terrifying than systematic desensitisation which is a technique of gradual exposure. Systematic desensitisation will be discussed later. With flooding care should be taken not to abort prematurely. Should all physical arousal not be completely resolved the exercise may serve to confirm how frightening and traumatic the feared anxiety is.

Distorted beliefs that create anxiety and dread need to be addressed in conjunction with relaxation and exposure techniques. The belief that something is dangerous and intolerable to face leads to the active avoidance thereof. Initially a better awareness of distorted thinking is created through psychoeducation as this assists in understanding how thoughts and anxiety create a distressing physical response and how this response leads to the escalation of fear. An accurate understanding of the presenting distorted thoughts is pivotal as exposure exercises are innovatively tailormade based on the specific fears deduced from them. Fears can be around something tangible such as being terrified of clowns or spiders; it can also be related to situations such as being scared of heights, crowded rooms or public speaking. Sometimes the fear can be thoughts patters itself. Examples here of would be fearing judgement by others or rejection when approaching the opposite sex. In these cases, exposure is not geared towards convincing a client that there are no risks inherent to these situations but rather for exposure techniques to create greater comfort and acceptance when rejection and judgement do occur. Fear of judgement and rejection can be very limiting as people may avoid healthy behaviours such as social situations and romantic partnerships.

Once understanding is attained through psychoeducation, alternate and more accurate cognitions are introduced as part of the pre-exposure preparation. During exposure itself relaxation exercises should be paired by affirming internal dialogue. Affirmation could include reminding oneself that the threat is imagined and not real, that no real harm will come to oneself and that the physical reaction experienced is temporary and will subside. It can also include statements around one’s capability and motivation to succeed.

As mentioned earlier, understanding the fearful thought is important. Gary, a successful businessman in his fifties believed throughout his life that he had a heights phobia. After closer inspection it emerged that his fears were not about heights per se but due to an unwanted intrusive thought that he may lunge himself from a high place and die. This enabled formulating a more effective exposure plan.

Exposure is either done through a gradual and systematic desensitisation or through flooding. Flooding needs to be used with caution and only by experienced practitioners.

Systematic desensitisation can be planned in conjunction with one’s client by creating a hierarchy of exposure together. By effectively moving up in the hierarchy of difficulty confidence is gained through mastery on every level. Clients are less likely to abandon the process as their gains are evident and their little successes confirm their ability to successfully attempt the next step in their hierarchy. Exposure can be vividly imaginal, in vivo (real) or even in a virtual reality format. In fact, all three methods can be used in a hierarchy of exposure which may start by imagining an occurrence, then experiencing it virtually and eventually getting exposed to the actual experience. An example of a hierarchy could be

5/10 watching a documentary about dogs

6/10 being in close proximity to a dog that is locked up and, on a lease,

9/10 letting go of the dog and allowing it to venture around you.

Steps do not have to be this small if the client is able to effectively tolerate bigger steps.

It is recommended to engage in small tolerable exposure exercises between sessions. This could include watching YouTube videos of feared events or attempting smaller and less frightening steps in order to further desensitise. Desensitising exposure to thought related content that is actively being suppressed could include having to write a thought out repeatedly or creating and writing stories about a dreaded event. In the case of obsessive compulsive disorder both thought, and behaviour may require desensitisation through exposure. This would require gradual desensitising techniques such as exposure to the obsession paired with some behavioural response prevention.

Many people believe they want to overcome their fears and may seek therapy in order to assist them with the process, but should they not be willing to be exposed to that which they fear, results are likely to be unsatisfactory. Exposure requires commitment and to some extent an admirable level of courage.

The Couch (Practice of Psychology and Psychiatry)